Geography
A privileged region by an enviable climate and a superb natural patrimony.The beaches and the river side by side, the barrocal and inlands to discover 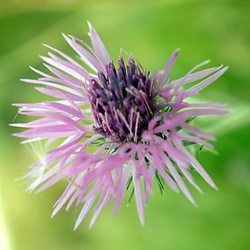 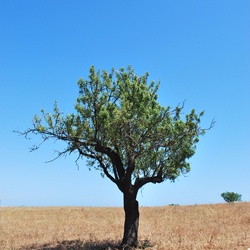 The Baixo Guadiana is a territory of the Eastern Algarve which includes the municipalities of Alcoutim, Castro Marim and Vila Real de Santo António, united by the great and international south river: the Guadiana.

It´s limited by natural geographical barriers: in the Northern by the Vascão riverside; to the east by the river Guadiana and in the south by the Atlantic Ocean. Its western border is merely an administrative division from the municipality of Tavira and in in northwest by the municipality of Loulé. It occupies a vast weakly populated area as a whole, but is marked by strong disparities between the interior (rural and depopulated) and the coast.

It offers a vast natural heritage concentrating three types of landscape as diverse as the mountains, the barrocal and the coast, each with its specific characteristics in terms of fauna and flora. The element that unifies the territory is the bir river from the South: Guadiana.

The territory is, in itself, the main asset of the Baixo Guadiana, thanks to the vast natural heritage, of great landscape and environmental wealth, still well preserved, and that comprises the beach, the mountains, the forests, the river and nature reserves. The beauty of this heritage is further enriched by a Mediterranean-oceanic climate, which is also an important factor of attraction of this region.

The region of Baixo Guadiana, is privileged to understand an enviable nature coexisting the sun, the sea, the river, the mountains and friendly people. It covers an area of ​​940 km2 and a total of resident population equal to 28,820 inhabitants (2011 data).

The Alcoutim municipality is the largest of the three, occupying an area of ​​575 km2 which is divided into four parishes (freguesias): parishe of Union of Alcoutim and Pereiro (231 km2), Giões (72 km2), Martim Longo (128 km2) and Vaqueiros (144 km2). It is a rural municipality, the least populated of the Algarve, and the starting point for the Via Algarviana, a pedestrian route of 244 km that runs through the entire region, ending at Cabo de São Vicente in Sagres. The municipality preserves the tradition in crafts (in the past were important in the local economy) such as weaving, basketry, pottery or rag dolls (bonecas de juta), as well as in the food level.

The municipality of Castro Marim covers an area of ​​300 km2 and has four parishes: Altura (11 km2) Azinhal (68 km2), Castro Marim (79 km2) and Odeleite (142 km2). The northern part of the municipality is characterized by a more rural mountainous region, a scenario that changes to south, its coastal parish (Altura) with a more urban character and with a higher population density. The town of Castro Marim works as a transition between both territory realities.

The VRSA municipality lies at the eastern end of the Algarve region, near the mouth of the Guadiana river, and extends over an area of ​​about 61 km2, spread over three parishes: VRSA (11 km2), Monte Gordo (4 km2) and Vila Nova de Cacela (46 km2). To point out that theres is a geographically separation between VRSA municipality, belonging to Castro Marim. The VRSA city combines the environmental and landscape wealth of protected areas and well preserved with asset relief amounts to Cacela Velha, and more urban characteristics conferred on it by the only city in the Baixo Guadiana, the county seat.